Transmedia storytelling is the technique of telling a single story or story experience across multiple platforms and formats. It does not include adaptations or sequels, but the power to give extra content, in a different format to the original story, exploring different viewpoints/different stories, set in the same ‘universe’ that the original media exists.

We have an active role in that storytelling. It’s like the developers have stepped back and given us an opportunity to learn something new. Whether that means we are rewarded with new story or info, or we actually get in on the action!

In order to achieve this engagement, a transmedia production will develop stories across multiple forms of media in order to deliver unique pieces of content in each channel, these pieces of content are not only linked together, but are in narrative synchronization with each other. They exist simultaneously and give more to the audience. Like a DLC story pack in a game, we choose (like a detective) to investigate the extra content the developer of the original media has disclosed to us, building a bigger picture of what is going on.

This is what I want to explore with my work, how we as an audience can gain a feeling of collaboration with a developer to piece back together a story from different angles, in different media formats, so we get the whole picture (like a puzzle, first in pieces, then a completed game).

Some examples I loved:

Welcome To Nightvale: A Novel.

‘Located in a nameless desert somewhere in the great American Southwest, Night Vale is a small town where ghosts, angels, aliens, and government conspiracies are all commonplace parts of everyday life. It is here that the lives of two women, with two mysteries, will converge.

Nineteen-year-old Night Vale pawn shop owner Jackie Fierro is given a paper marked “KING CITY” by a mysterious man in a tan jacket holding a deer skin suitcase. Everything about him and his paper unsettles her, especially the fact that she can’t seem to get the paper to leave her hand, and that no one who meets this man can remember anything about him. Jackie is determined to uncover the mystery of King City and the man in the tan jacket before she herself unravels.

Night Vale PTA treasurer Diane Crayton’s son, Josh, is moody and also a shape shifter. And lately Diane’s started to see her son’s father everywhere she goes, looking the same as the day he left years earlier, when they were both teenagers. Josh, looking different every time Diane sees him, shows a stronger and stronger interest in his estranged father, leading to a disaster Diane can see coming, even as she is helpless to prevent it.

Diane’s search to reconnect with her son and Jackie’s search for her former routine life collide as they find themselves coming back to two words: “KING CITY”. It is King City that holds the key to both of their mysteries, and their futures…if they can ever find it.’ (https://www.amazon.com/Welcome-Night-Vale-Joseph-Fink/dp/0062416847)

This story takes the world of a podcast series and tells a story of two characters we have never heard from (but heard of) and gives them a voice. We see Nightvale through their eyes and learn something very important about a certain Man in the tan jacket. This novel was very clever as it still gave no definite picture of the unimaginable Nightvale, but let us into a few secrets of its past, present and future. What I feel makes it an appropriate text to put under transmedia is that the writer’s cleverly put in an episode titled, ‘An Epilogue’ a few days before the release of the novel. This tied the story in beautifully with the current story, but gave no spoilers to the book itself!

Listen to Nightvale and the read the novel to see what I mean. 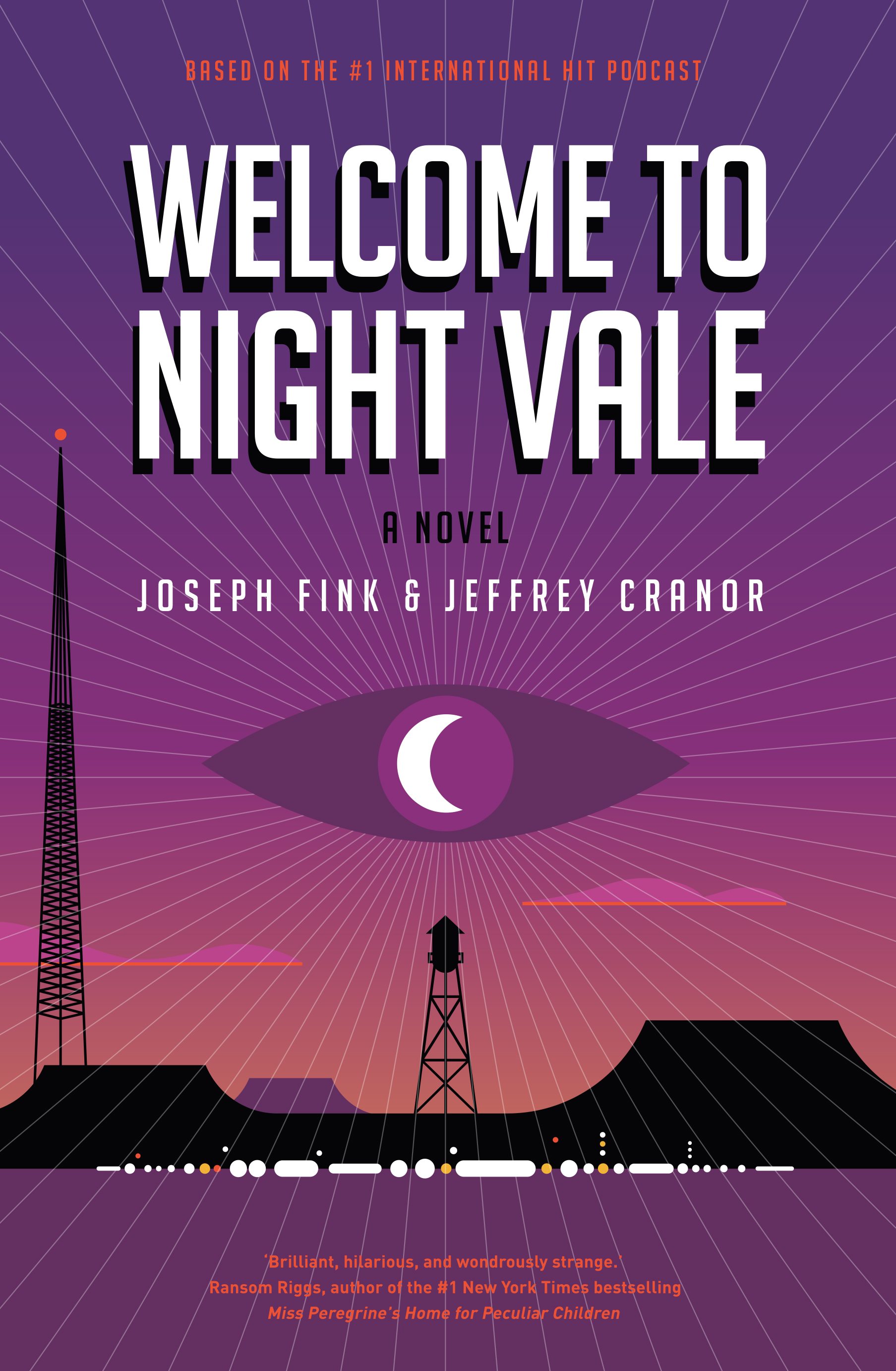 Game texts that fit into the transmedia loop:

The Sacrifice & other steam powered stories:

‘For fifteen years, Valve has defined the cutting edge of video games. Now, Valve joins with Dark Horse to bring three critically acclaimed, fan-favorite series to print, with a collection of comics from the worlds of Left 4 Dead, Team Fortress, and Portal. With over two hundred pages of story, Valve Presents: The sacrifice and other Steam-Powered Stories is a must-read for fans looking to further explore the games they love or comics readers interested in dipping their toes into new mythos!’ (https://books.google.co.uk/books/about/Valve_Presents_The_Sacrifice_and_Other_S.html?id=2ZgBDAAAQBAJ&redir_esc=y&hl=en)

I particularly loved a comic within this collection which you can read with this link: (http://www.thinkwithportals.com/comic/).

Portal 2: Lab Rat  bridges the gap between the events of the video games Portal and Portal 2 and tells an exciting new story set in the world of Aperture Science. If you haven’t played Portal 1 or 2, please stop reading and go do that. It is very clever, but this comic made it all the more beautiful. It tells the story of an unseen hero in the games and shows us his back story. The exquisite illustrations by Dark Horse comics allow us to seep into Doug Rattman’s world and get to know the life of the man who saves us (sort of).

I’d love a Bioshock story told in a comic book style, but Bioshock Rapture was awesome!

‘It was the end of World War II. FDR s New Deal had redefined American politics. Taxes were at an all-time high. The bombings of Hiroshima and Nagasaki had created a fear of total annihilation. The rise of secret government agencies and sanctions on business had many watching their backs.

America’s sense of freedom was diminishing…and many were desperate to take that freedom back. Among them was a great dreamer, an immigrant who pulled himself from the depths of poverty to become one of the wealthiest and most admired men in the world. That man was Andrew Ryan, and he believed that great men and women deserved better.

So he set out to create the impossible, a utopia free from government, from censorship, and from moral restrictions on science, where what you gave is what you got. He created Rapture the shining city below the sea. But this utopia suffered a great tragedy. This is the story of how it all came to be…and how it all ended.’ (https://www.amazon.co.uk/Rapture-Bioshock-John-Shirley/dp/1848567049)

I don’t want to spoil any of these games/books/series, so please go listen/play/read, but this one was very interesting. I always loved Andrew Ryan’s character, and to give him a novel explaining the real back story of the man who made the city under the sea was intense, clever but ultimately sad (after you have played Bioshock). It explained a lot, allowing a very different visit to Rapture occur, and I don’t know what makes me feel more uncomfortable.

Would you kindly give it a read? 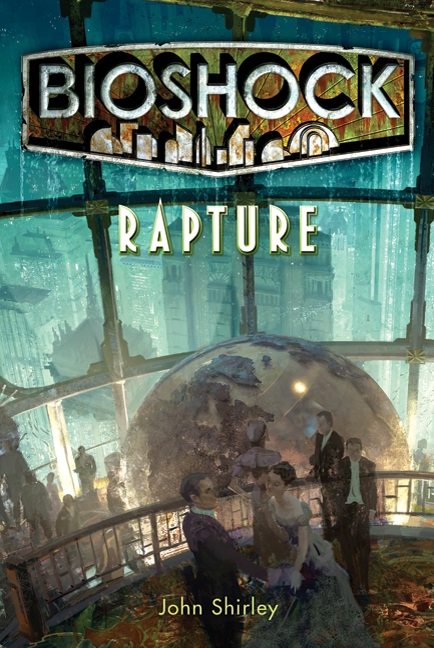 A great breakdown of how to understand this type of storytelling and how to create your own successful transmedia franchise can be found in the following link (featured image credit goes to these guys too): http://www.redhotmarketingblender.com/2012/07/brand-storytelling-are-you-on-that-next-level-yet-transmedia/

I hope you have enjoyed reading! Please do get hold of me with any other examples that you feel would be interesting (I’d love to hear some).